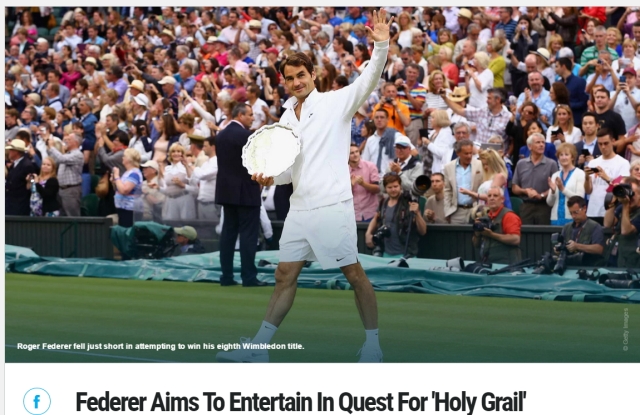 Wimbledon 2015: Roger Federer still hungry for more after loss
Roger Federer says his desire for more titles can only be helped by a four-set defeat (7-6(1), 6-7(10), 6-4, 6-3 )to Novak Djokovic in the Wimbledon final.
The Swiss 17-time Grand Slam winner missed the chance to win a record eighth Wimbledon and has not won a major since beating Andy Murray at the All England Club in 2012.
“For me a finalist’s trophy is not the same,” the 33-year-old said.
“I am still very hungry and motivated and a match like this is very helpful.”
Stefan Edberg, two-time Wimbledon champion and Roger Federer’s coach
“I still believe he can win an eighth title at Wimbledon obviously it is not going to be easy but if he keeps himself in shape and is determined, and has the motivation to work hard, he is still one of the best grass court players out there.”…